A long island, please.  They have well drinks half off on Monday’s during happy hour.  Why else do you think I chose this time and place?  Grab your bar stool and I’ll spill some knowledge on Happy Hour.

Happy hour, sometimes referred to as cocktail hour, is simply a marketing technique used by a variety of places such as bars, restaurants, sports stadiums, and so on, to draw in more customers by offering discounted prices on certain drinks, foods, or other menu items.  Being quite informal, happy hour isn’t necessarily limited to just one hour or any specific food or drink items for that matter.  Sometimes that hour may be stretched to two or even three, but for the most part they only last one designated hour and with only one or two specifically advertised items at marked down prices.

With limited rules or guidelines on a timeline for happy hour, 4-5pm or 5-6pm appear to be among the most popular times, targeting the thirsty working class in for a drink to help them unwind after a long days work.  As unregulated as happy hours may seem, some nations, plus a handful of our states, decided to intervene and place some restrictions on when and where they can be held, or ban them all together.  We’ll get back to that in a minute, but for now, let’s take a peek at the history and meaning of the term, happy hour.

Can I get another one, please?  Thanks!  Okay, where were we?

Believe, or don’t believe, but it appears that Shakespeare was the first to bring the words, happy and hour together to form a new meaning.  Tragically, it was used to describe a not so happy hour, as opposed to the good times of gathering and entertainment we now associate with it.   The United States Navy, apparently, would like to take credit for the modern meaning of happy hour but from what I’ve dug up, I believe due credit belongs to their mothers.

In the early 1880’s small groups of women began gathering for what they called “Happy Hour Social Clubs” where they probably told their husbands and kids that they just sat around knitting, talking, quilting, or reviewing books.  Smells like a cover-up to me.  I’m sure they rarely brought home a finished project or left without even taking a book.  These ladies were just looking for an excuse to leave the house full of screaming kids for an hour or two, throw back a couple of shots of liquor or a few glasses of wine, and unwind with some other ladies in their same shoes.  Women, they’ve always been wily, haven’t they? 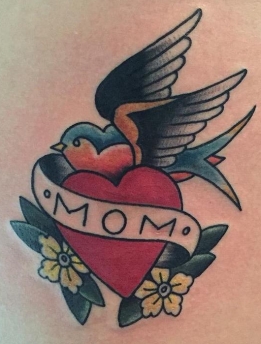 Fast forward a couple of decades later, on board the USS Arkansas, a few sailors formed what they referred to as the “Happy Hour Social Club.”  Sound familiar?  They’d meet once a week at a designated time and place for cigars and entertainment.  It quickly gained popularity among fellow seamen, and by the end of World War 1, every naval ship in the United States Navy was participating in a happy hour while naively accepting the credit of invention that belonged elsewhere.  It’s okay, mom just gave birth to you boys pre-dating the epidural, or most other medical wonders that help women suffer less through the agony of childbirth, but I’m sure she just happy to see you happy.  Ungrateful, kids.

Back to the nations and states that decided to put their noses in the business of businesses just trying to make a few extra bucks and fill a few extra seats at their places by knocking off a few extra bucks on a few drinks.  They claim it’s for the health and safety of the people.  We’re all adults here.  We can make our own decisions about what’s healthy and safe without the “man” telling us what we can and can’t do.

Cut off?  I only had two long islands.  I’m not getting aggressive, you are!  Fine, get me my tab I’m out of here.  My keys?  Oh, you are not going to like my Yelp review.

Can I borrow your phone, I can’t find mine, and I need to call my wife to come get me.  Thanks, see you next week?

Searching for the *Real* “Happy Hour”