You should check out what someone wrote on the wall above the toilet paper.  When you get back, pull up a barstool and I’ll leak out a little bit about restroom graffiti.

Surprisingly, more research than expected has been done on the subject.  In fact, there are several different types of graffiti. “Tourist graffiti” can be described as the Johnny was here, type.  This is a notably old and common form of graffiti and is very closely related to

“presence-identifying”.  Which is simply scribbling your name somewhere that it doesn’t belong.  Combined, these two are probably the widest spread and have likely been around as long as the invention of written language.  A good, early example of this is a 9th-century carving by a Viking mercenary, that translates to “Halvdan was here” in the 6th century built Turkish cathedral called the Hagia Sofia.

“Inner-city graffiti” on the other hand, has a broader definition.  One example of this would be the art of tagging.  Tagging is an elaborate and often visually stimulating display of a taggers signature, usually a nickname or street name.  One could almost call it “presence-identifying” on steroids.  Street art also falls under this type of graffiti, which can range anywhere from a simple smiley face drawn on a building to a beautiful work of traveling art, spray painted on the side of a train car.  In fact, some “inner-city graffiti” is so well done, it has found its way into art galleries and museums.

Finally, we have “toilet graffiti”.  This type has less to do with style and content, then it does location.  You probably guessed it, restrooms.  All the previous styles we’ve covered can fall into this one category, with the addition of one more, bathroom poetry.  Anyone who has used a public restroom or has had to relieve themselves at a bar has likely been exposed to this thoughtful, sometimes crude, and anonymous form of literature.  “Here I sit, broken-hearted, tried to $h!t, but only farted” is a very popular and common example of this unique writing style.  While there have been numerous studies to determine people’s desire to write these poems, or how gender differences affect content, I’m just going to leave you with a small collection of photos I have been able to take on my own and a few I found with a little help from the internet.  Enjoy. 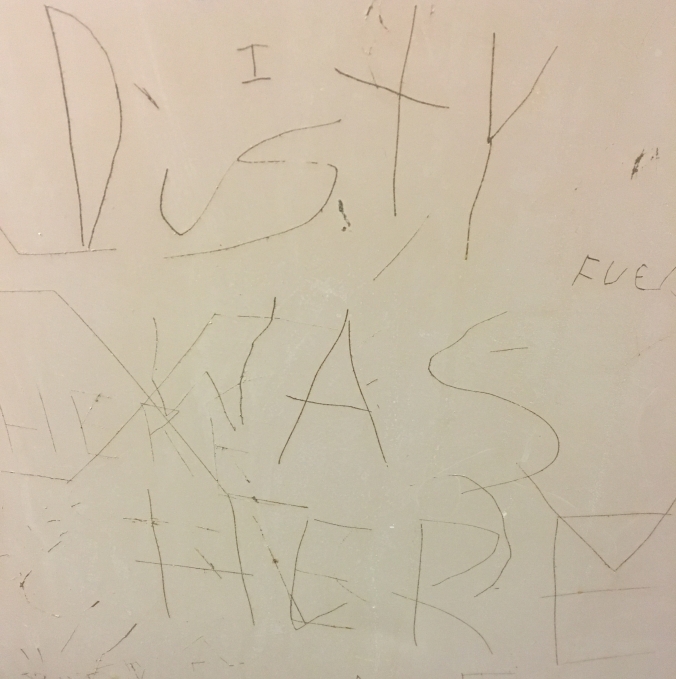 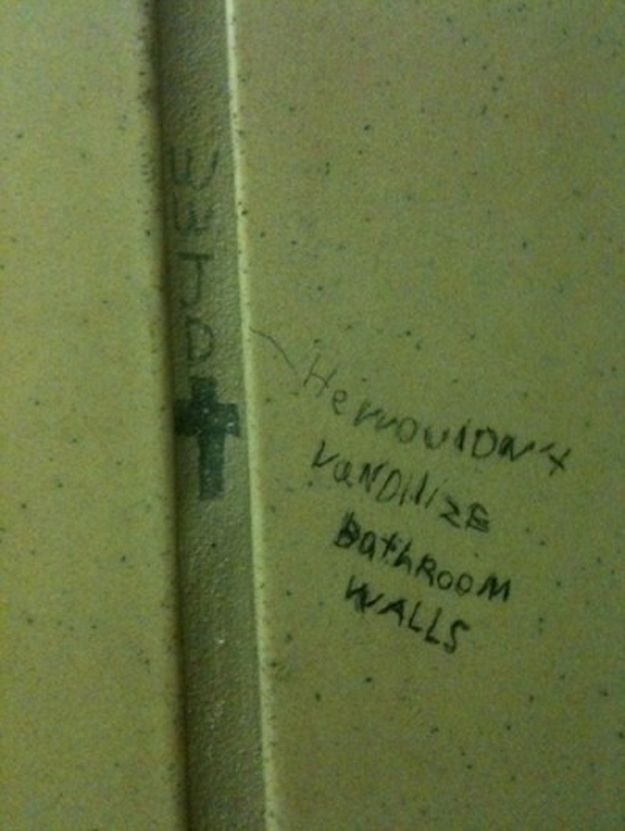 Now wasn’t that fun?  That’s enough toilet humor for one night though.  I’ll take my tab and see you next week.